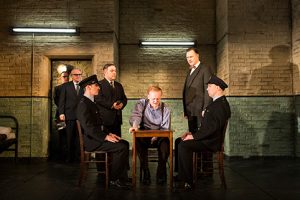 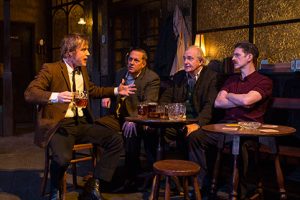 “What’s the second best hangman in England to do on the day they’ve abolished hanging?”

“Don’t worry. I may have my quirks but I’m not an animal. Or am I? One for the courts to discuss.”
Kings’ College London presents its own screening of the play with an enthralling, sensory experiment for audiences: fusing live performance, verbatim reportage and culinary sensations; to evoke an unforgettable, indelible impression of England in the era of her last executioner.

Edible Cinema is a unique way to experience film: through aroma, texture and taste.

Edible Cinema menus focus on environment, dialogue and the overall feeling of a scene rather than recreations of food shown on screen. Each guest is supplied with a tray of numbered ‘mystery boxes’ containing a bite-sized tasting menu tailored to specific moments. Food-matched moments are signalled during the film, indicating when a given package should be enjoyed.

Described as “gastronomic theatre” by Vogue and “the ultimate marriage of film and food” by Time Out, Edible Cinema began as a collaboration between Polly Betton (Teatime Production), Soho House and Bombay Sapphire. Now a peripatetic, independent entity, Edible Cinema continues to enjoy support from Bombay Sapphire and recently welcomed Blanch & Shock as lead chefs.

Marie McCarthy Theatrical Director
Following several years as an actor, Marie retrained as a director gaining an MA in Theatre Directing (Birkbeck, University of London) where she won the Sir Peter Cheeseman award for achievement and innovation. 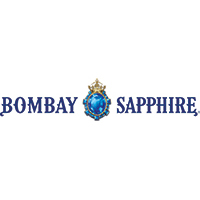